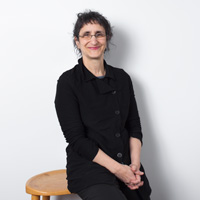 Sarah Siskind specializes in class action and other complex litigation. She has represented clients in trial, mediation and arbitrations in front of a variety of federal, state and local forums, and has served as lead counsel in numerous large-scale, class action lawsuits.

The following is a summary of the areas in which Sarah has concentrated her practice.

“Sex Harassment in the Workplace and Elsewhere.” Talk delivered at Annual Membership Meeting of the Dane County Bar Association, Madison, Wisconsin, May 27, 1997.

“Lessons on Sex Harassment from the Rayovac Trial.” Talk delivered in Wisconsin to Lawyers Association for Women. Madison, Wisconsin. June 1996.