MBG’s attorneys have a distinguished record of public service, including as Corporation Counsel and an Assistant Corporation Counsel for the City of Chicago, General Attorney for the Chicago Park District, United States Department of Justice attorneys, and numerous federal law clerks in both the United States District Courts and United States Circuit Courts of Appeal. MBG attorneys also have been designated as Special Assistant Attorneys General for the states of Illinois, Wisconsin, Kentucky, Idaho, Hawaii, and Alaska.  The firm has a number of distinguished alumni, including President Barack Obama, who served in the Illinois Senate while an Associate lawyer with the firm; a MacArthur Foundation awardee, United States Magistrate Judge for the Northern District of Illinois, Jeffrey Cummings; and United States District Judge for the Northern District of Illinois, Nancy Maldonado; and several tenured law professors at leading American law schools.

The firm today known as Miner, Barnhill & Galland opened its doors in 1971, when Judson Miner and Allison Davis, both recently having completed law school, decided to create a firm that would be racially integrated (a rarity in small firms at that time) and specialize in civil rights and community development law.  Charles Barnhill joined the firm the following year, and George Galland joined the firm in 1973. The partners bought and refurbished a neglected townhouse at 14 W. Erie St. in Chicago — in what was then an unfashionable area — a few blocks from Chicago’s Michigan Avenue.  That building remained the firm’s home office for four decades while the surrounding neighborhood reversed its decline and gradually became part of the vibrant Near North Side of Chicago.  In 2016, MBG moved into modern new offices along the Chicago River at 325 N. LaSalle St. 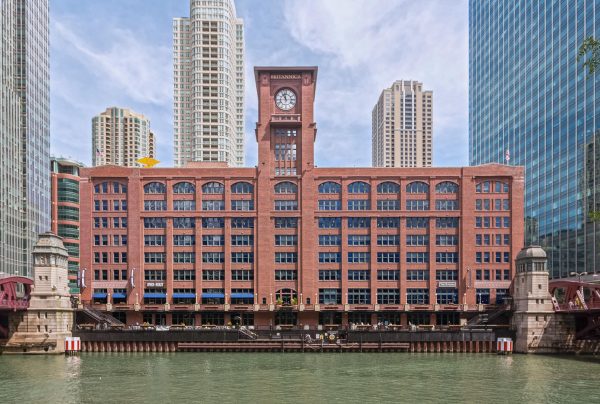 From the very start, the firm found itself participating in some of the most exciting legal developments in the region.  Within a year of the firm’s founding, Judson Miner and Charles Barnhill were arguing an important case in the U.S. Supreme Court, and the firm was representing community organizations developing ambitious subsidized housing developments on Chicago’s South Side.  At the start of the 1980s, the firm became heavily involved in litigation under the Voting Rights Act, leading — among other victories — to a 1986 court decree that threw out the racially-gerrymandered Chicago aldermanic map and led to Mayor Harold Washington obtaining a working majority in the Chicago City Council.  Beginning in the late 1990s, the firm developed a practice focused on predatory lending, which led to some of the most significant consumer rights settlements in the nation’s history.  The firm’s environmental practice has flourished in recent years, as it has been MBG’s privilege to represent individuals and organizations, such as Sierra Club, in lawsuits to protect the environment, people and their property from pollution. 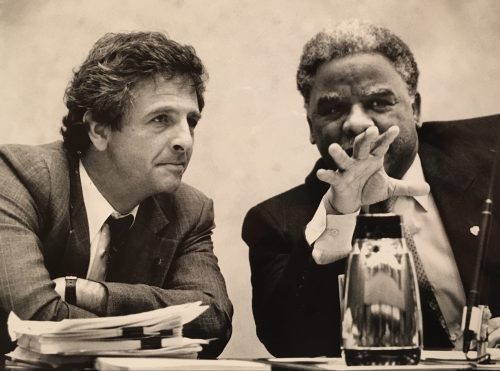 In 1988, Charles Barnhill relocated to Madison, Wisconsin, and opened the firm’s Madison office on Capitol Hill, overlooking Lake Monona.  For a time, the firm maintained a third office in the Central Valley of California, which specialized in representing low-wage workers challenging wages and other abuses in the food packing and agricultural industries.  While that office is now closed due to its resident lawyer having been elevated to the California state bench, the firm has continued its ongoing work challenging wage and hour abuses in several industries.

Various partners and associates of the firm have held public office or contributed to public service in bar associations and other activities.  In the mid-1980s, Judson Miner served for nearly four years as Corporation Counsel of the City of Chicago under Mayor Washington and his successor, while George Galland served as General Attorney of the Chicago Park District. 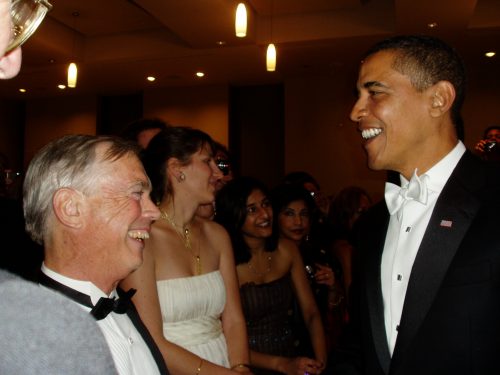 Barack Obama began his legal career as an associate at the firm in 1993 and remained affiliated with the firm until his election in 2004 to the United States Senate.  Three of the firm’s partners have served as past presidents of the Chicago Council of Lawyers, a reform bar association based in Chicago. In Madison, Elizabeth Eberle served as the Treasurer of the Wisconsin State Bar’s Appellate Practice Section Board of Directors and Sarah Siskind was President of the Wisconsin Western District Bar Association.  Former partner, Jeffrey I. Cummings was elected by the federal judges of the Northern District of Illinois to serve a ten year term as United States Magistrate, and former partner Nancy L. Maldonado was appointed by President Biden, and confirmed by the United States Senate, to serve as a United States District Judge in the Northern District of Illinois.

Over the years, MBG has expanded from its original focus on civil rights, class action litigation and community development to encompass several other practice areas, including a thriving environmental practice, with expertise in pollution and toxic torts; fraud and consumer protection; complex commercial litigation and transactional law for not for profit corporate entities.  In the 1980s, the firm began representing not-for-profit hospitals and has become well-regarded for its broad healthcare practice. In the 1990s, the firm began representing governments and private “relators” in litigation under the federal False Claims Act and analogous state statutes.  Among many other important achievements in this area, for the past ten years the firm has represented numerous State Attorneys General in litigation challenging pricing practices in the pharmaceutical manufacturing industry; recovering over one billion dollars on behalf of citizens.