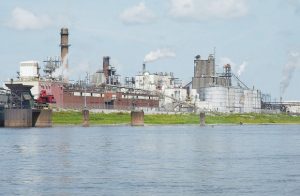 Administration of the Freeman v. Grain Processing class action settlement is nearing completion after many years of work by MBG as lead class counsel, and the eight Muscatine residents who brought the class action in 2012

The defendant was Grain Processing Corporation (GPC), a Muscatine corn wet mill. Plaintiffs claimed that GPC had been releasing noxious smoke, odor and haze into their community for years, unreasonably delaying implementation of technology it knew was available to eliminate the harm, creating nuisance conditions at their properties. The Plaintiffs sued the mill in nuisance, negligence and trespass for lost-use-and-enjoyment damages for themselves and their neighbors within 1.5 miles of the plant.

The path to success was a tough one. The trial court dismissed the class action in early 2013, believing that the state law claims were preempted by the federal Clean Air Act. They were not, as MBG showed by a direct appeal to the Iowa Supreme Court, winning a unanimous vote in to reverse the dismissal in what has become a seminal opinion recognizing the importance of common law nuisance as a centuries old tool for environmental justice.

This was not the last visit in the case to the Iowa Supreme Court.  In 2015, MBG persuaded the Iowa District Court to grant class certification of a class (in two subclasses) covering roughly 2,400 households within the 1.5 mile class area. GPC immediately appeal, but MBG secured a second unanimous vote from the Supreme Court in 2017, affirming certification of the nuisance claims and remanding the case for trial.

The case settled In June 2018, less than a month before the scheduled trial date, for : $51 million + (including $6.5 million in remedial upgrades at the mill, provision for community improvement projects, and substantial individualized compensation for the class-area residents–with some awards ranging upwards of $20,000).

The District Court Judge approved the settlement in February 2019. Roughly 6,000 residents filed claims by the March 2019 deadline. Those claims have now all been processed and (in all but a few instances still pending) paid out; the remedial upgrades completed; the community projects in budget about to begin; and many lives, and a community, changed for the good.