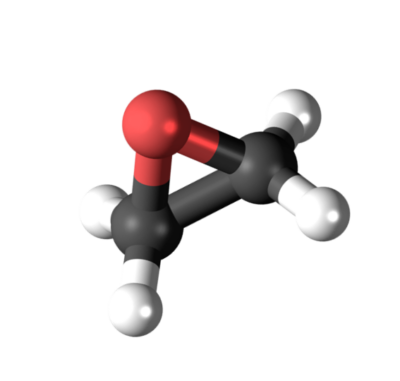 A Cook County jury recently reached a verdict in favor of Susan Kamuda, in her trial against the owners of a commercial ethylene oxide sterilization facility that operated in Willowbrook, Illinois for over thirty years. The jury found that air emissions of ethylene oxide from the facility were more likely than not a cause of Ms. Kamuda’s breast cancer, and awarded her $363 million in compensatory and punitive damages, the highest single-plaintiff verdict in Illinois history. MBG attorneys Scott Entin, Deanna Pihos, and Roisin Duffy-Gideon tried Ms. Kamuda’s case together with lead counsel Salvi, Schostok & Pritchard and co-counsel the Collins Law Firm.

Ms. Kamuda’s was the first case tried of approximately 700 lawsuits involving almost 800 plaintiffs against Sterigenics U.S. LLC, Sotera Health, LLC, and Griffith Laboratories. The three companies at various times were involved in operating the Willowbrook facility, which sterilized medical and other products using ethylene oxide, a carcinogenic gas. After the CDC’s Agency for Toxic Substances and Disease Registry (ATSDR) published a report in the summer of 2018 finding that the Defendants’ facility posed a public health hazard, the Illinois Environmental Protection Agency sealed the facility amid serious public health concerns. The Willowbrook facility never reopened. MBG represents dozens of individuals seeking justice for cancer and other medical conditions that they believe were caused by the facility’s emissions.

Throughout the trial, the jury in Ms. Kamuda’s case learned that for significant periods of time during the Willowbrook facility’s operation, the Defendants failed to control certain sources of ethylene oxide emissions at the facility despite available pollution control technology, resulting in hundreds of thousands of pounds of unnecessary emissions into the Willowbrook air. The Defendants never modeled the impact their emissions would have on the community, nor did they take measurements of their emissions in the ambient air. An expert witness presented by MBG testified that the companies should not have located their facility in Willowbrook in the first place, that they could and should have controlled more of their emissions much earlier than they did, and that they did not properly warn the Willowbrook community of the harmful emissions. Further experts testified on Ms. Kamuda’s behalf that the facility’s emissions resulted in elevated concentrations of ethylene oxide at her home, and that those emissions contributed to Ms. Kamuda’s cancer. The jury found that the Defendants were negligent and that their conduct was willful and wanton.

MBG continues to represent dozens of other clients in this ongoing litigation.